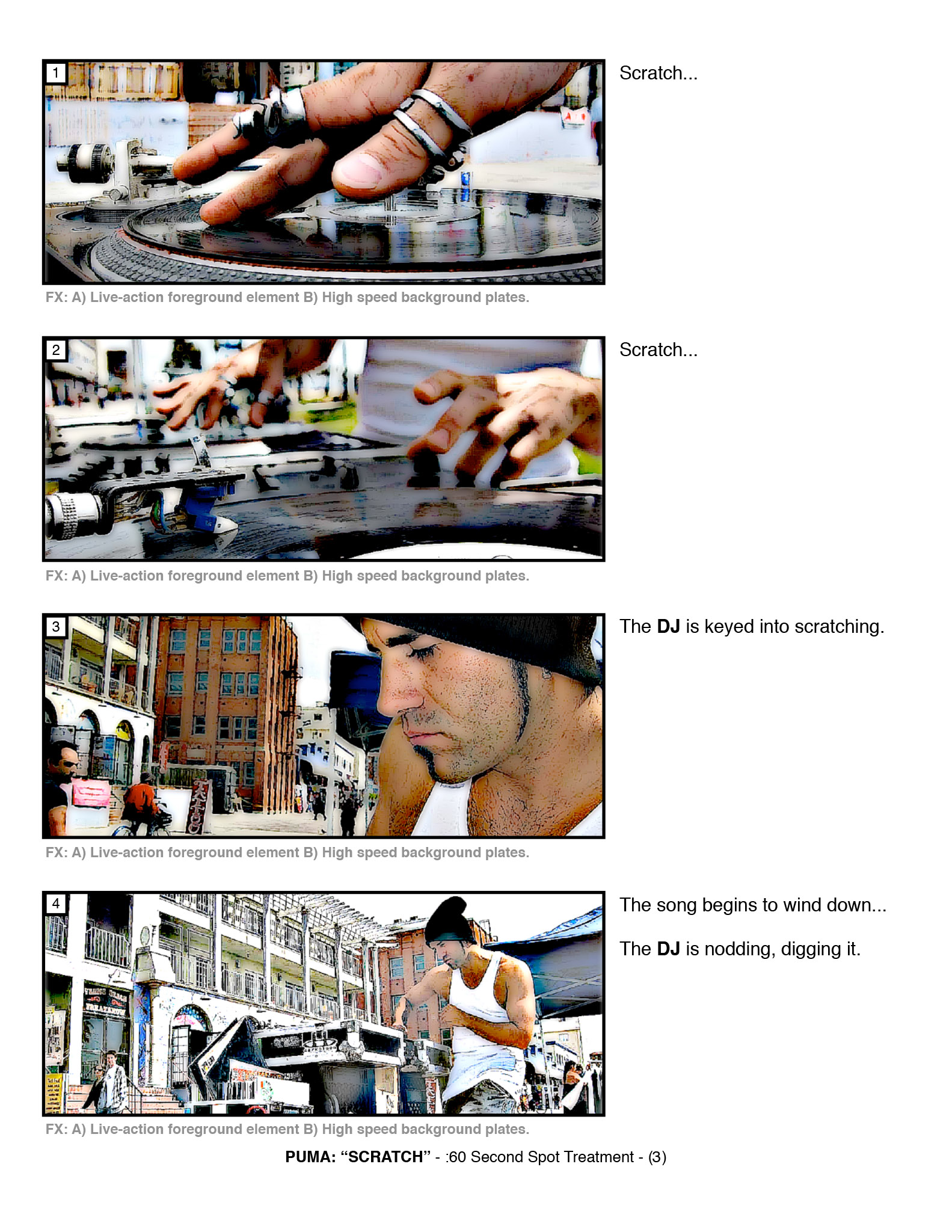 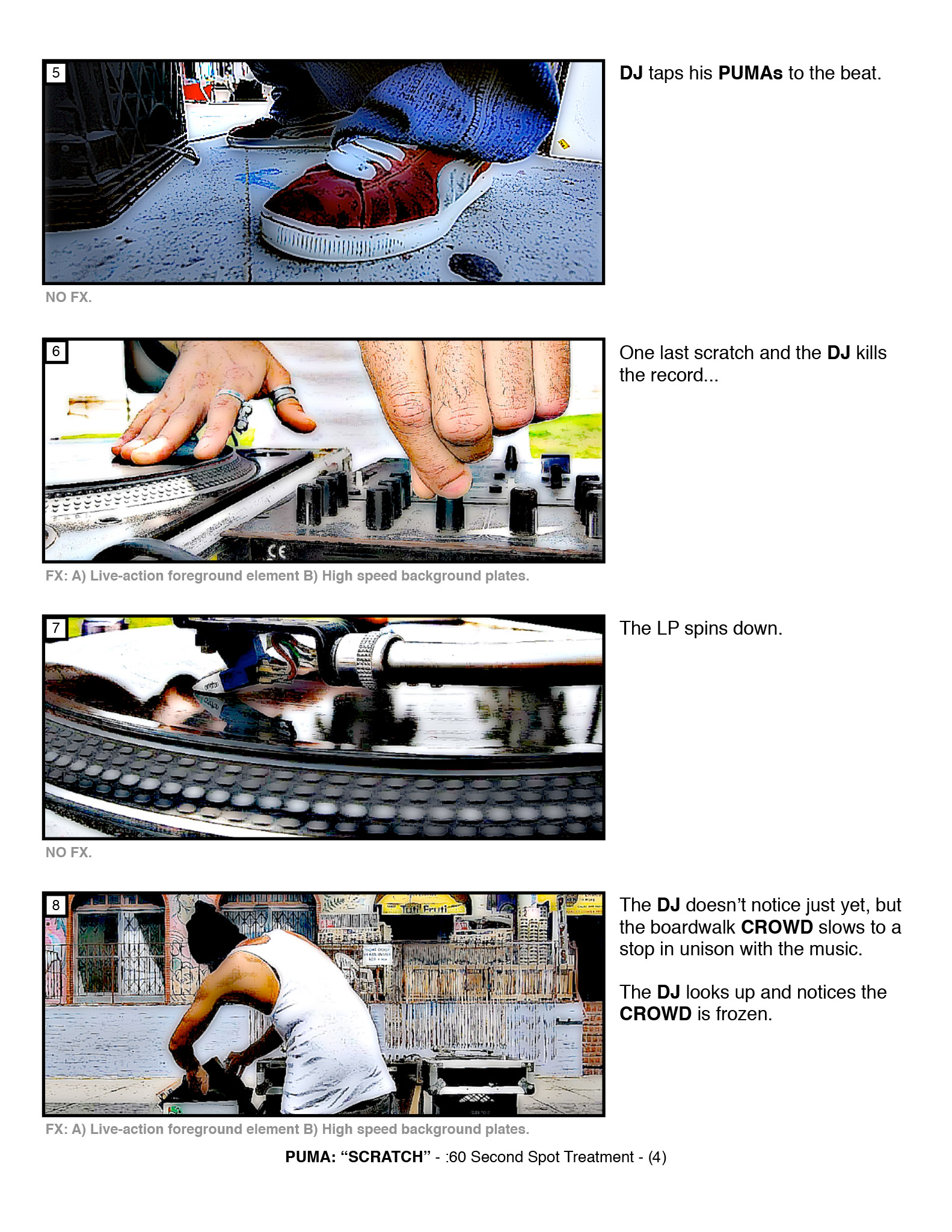 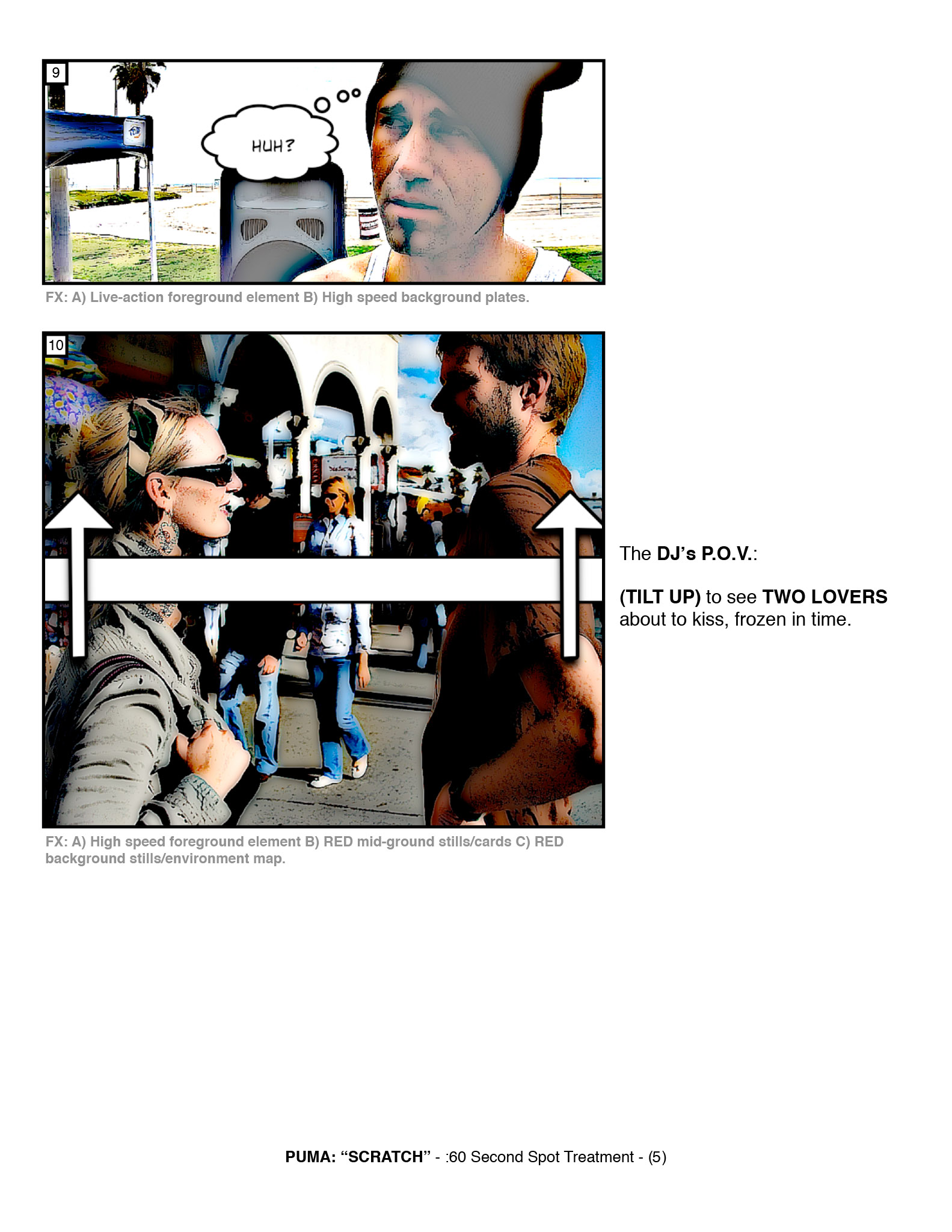 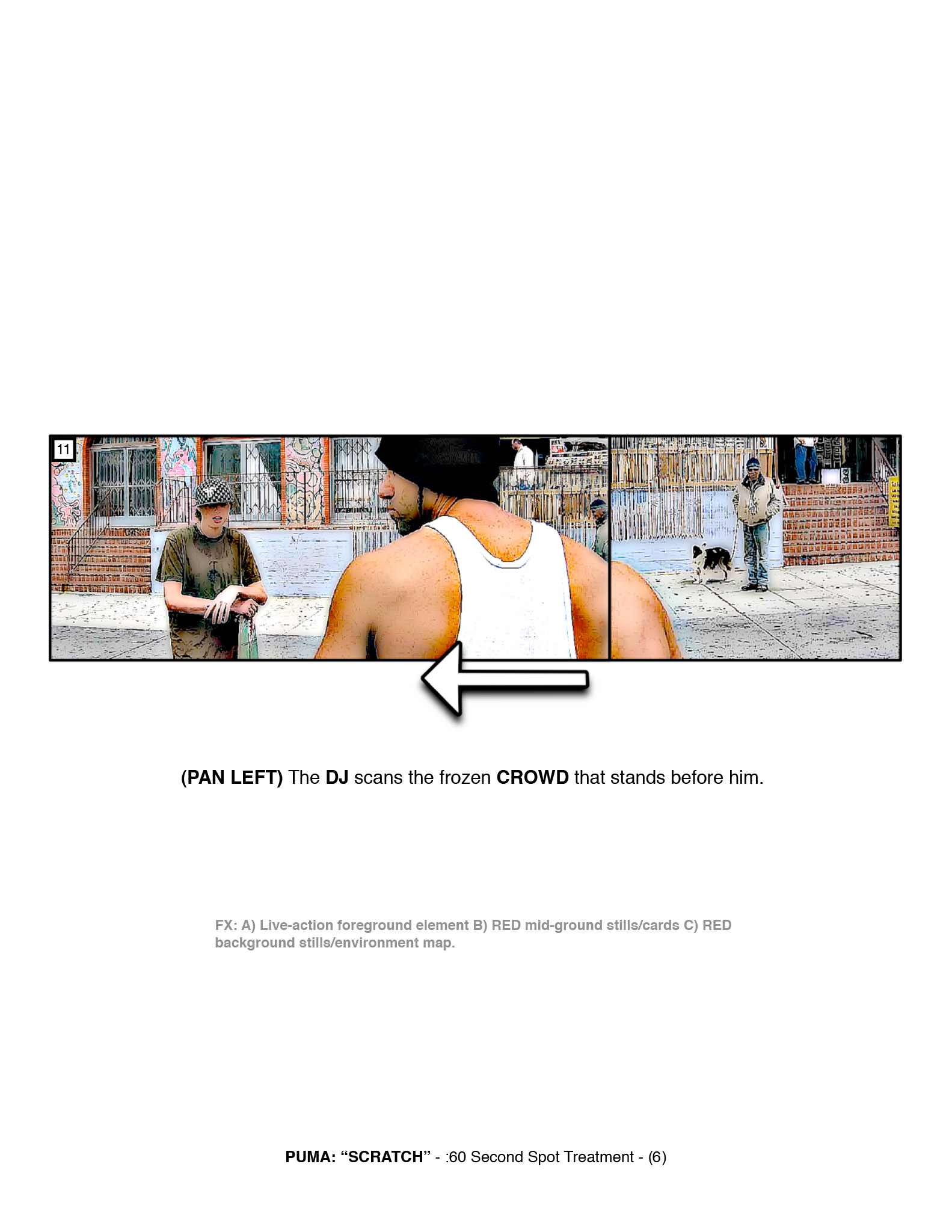 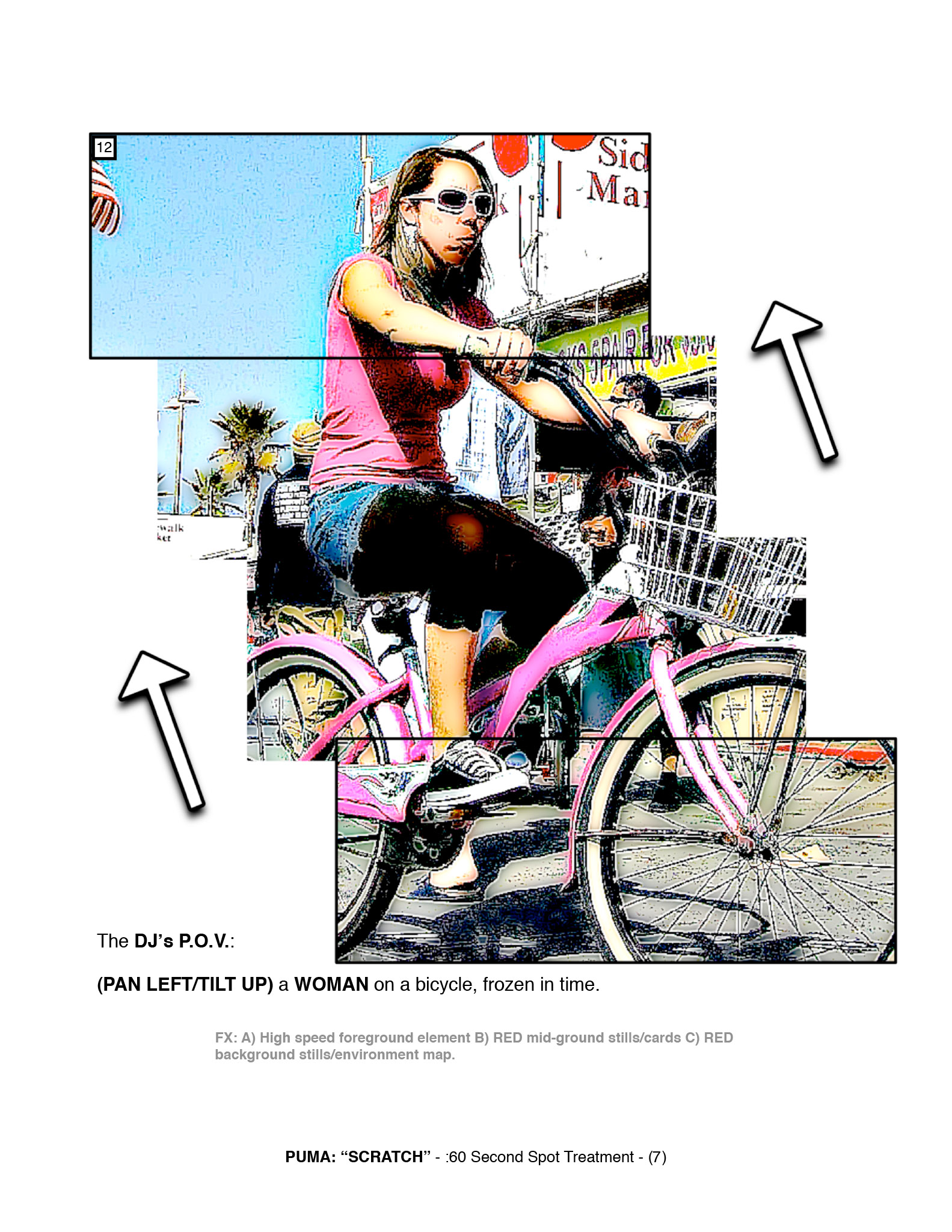 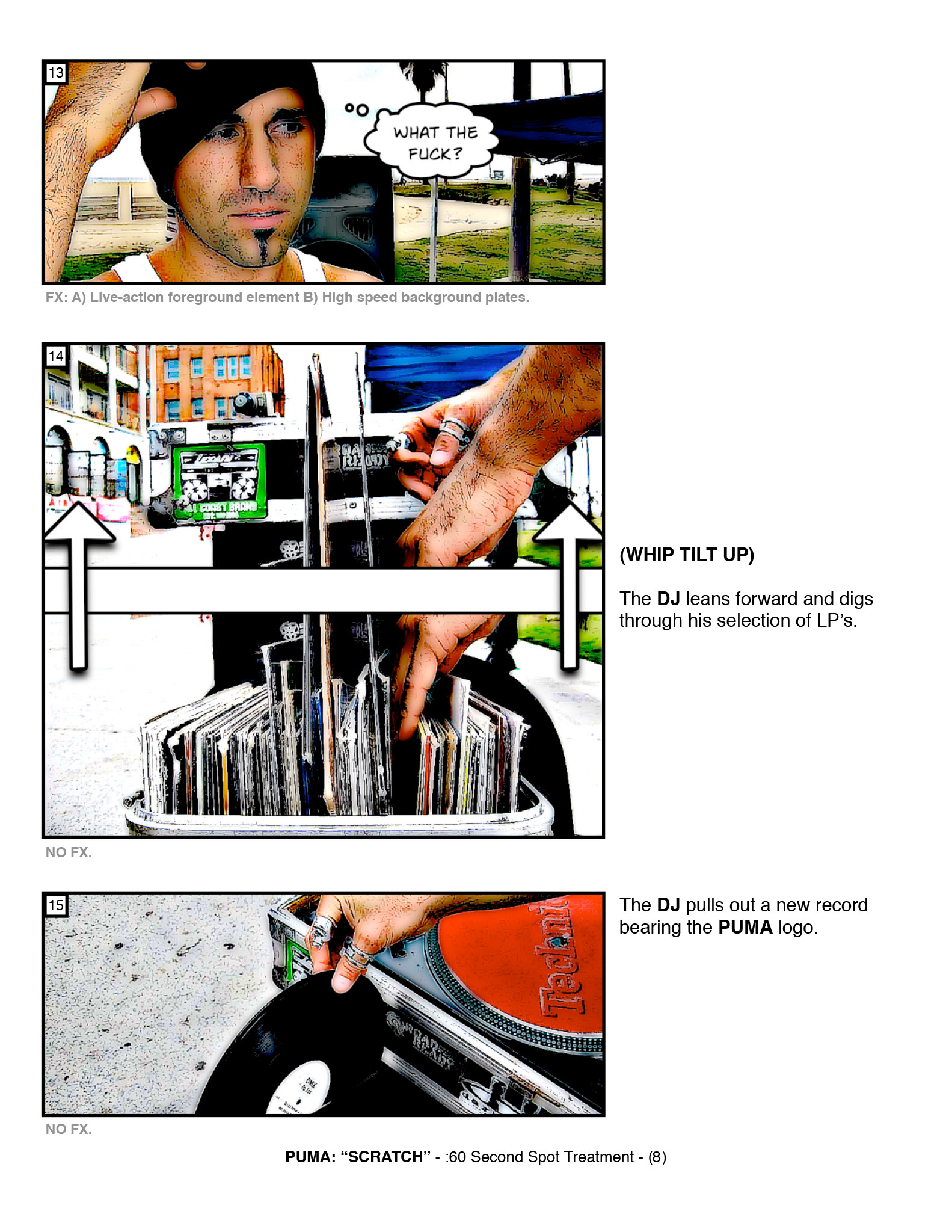 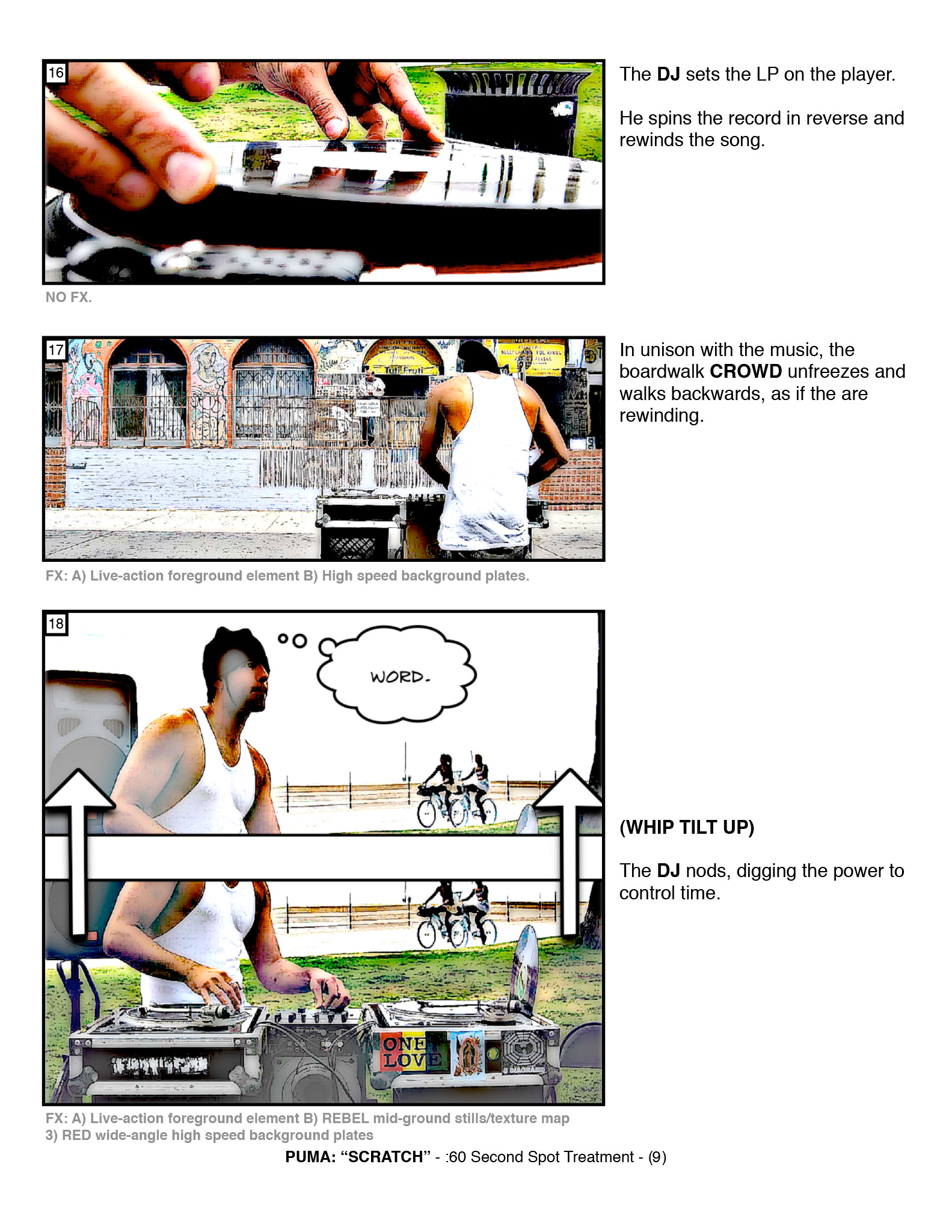 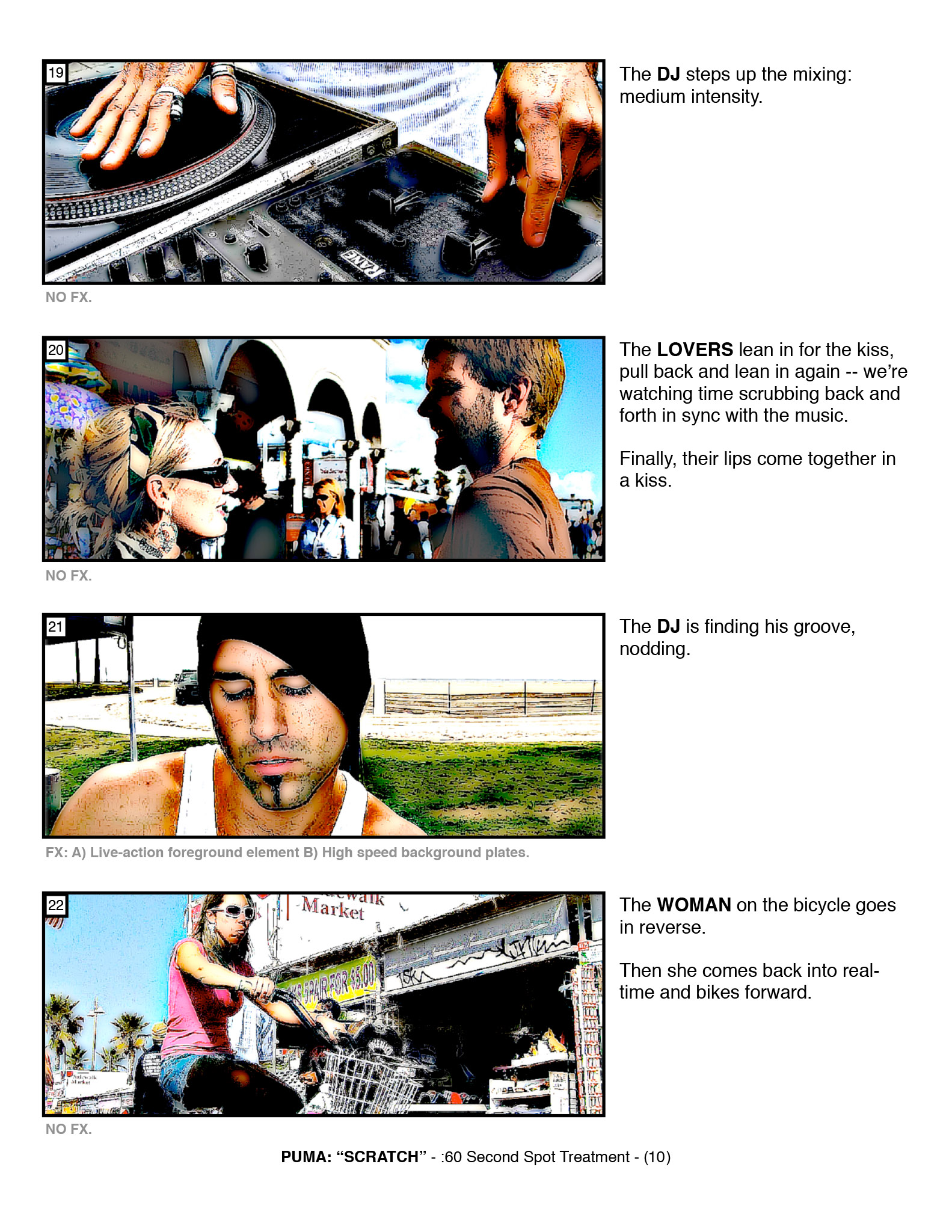 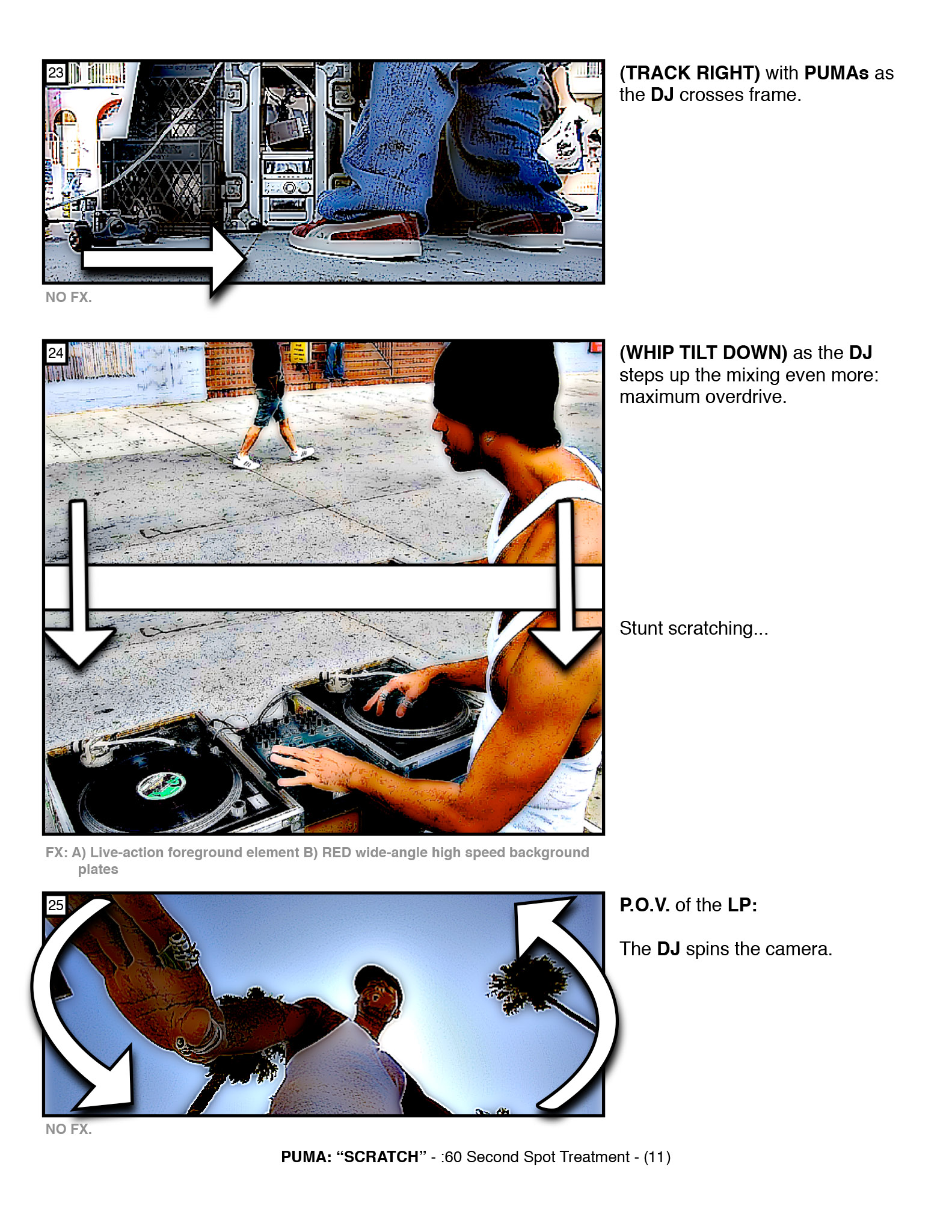 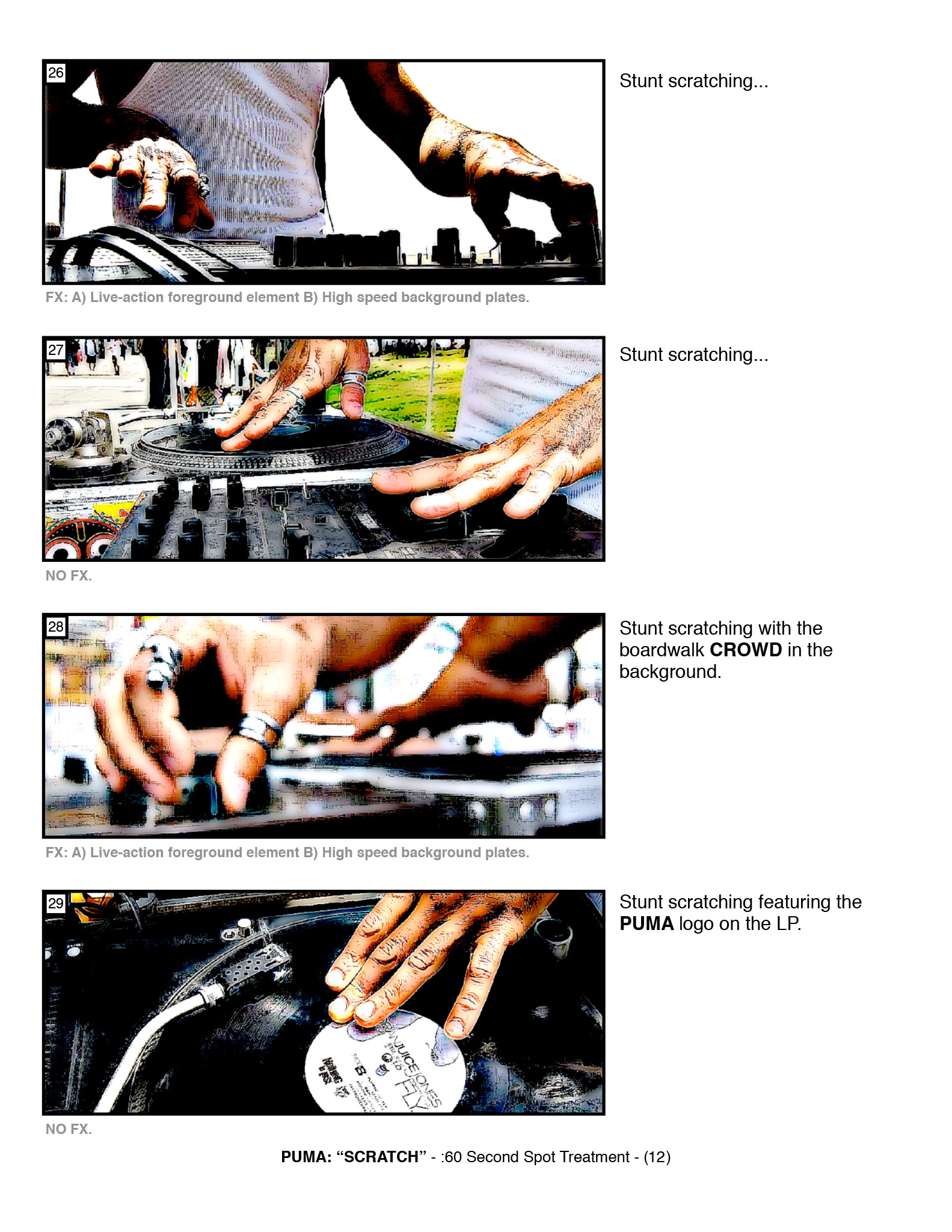 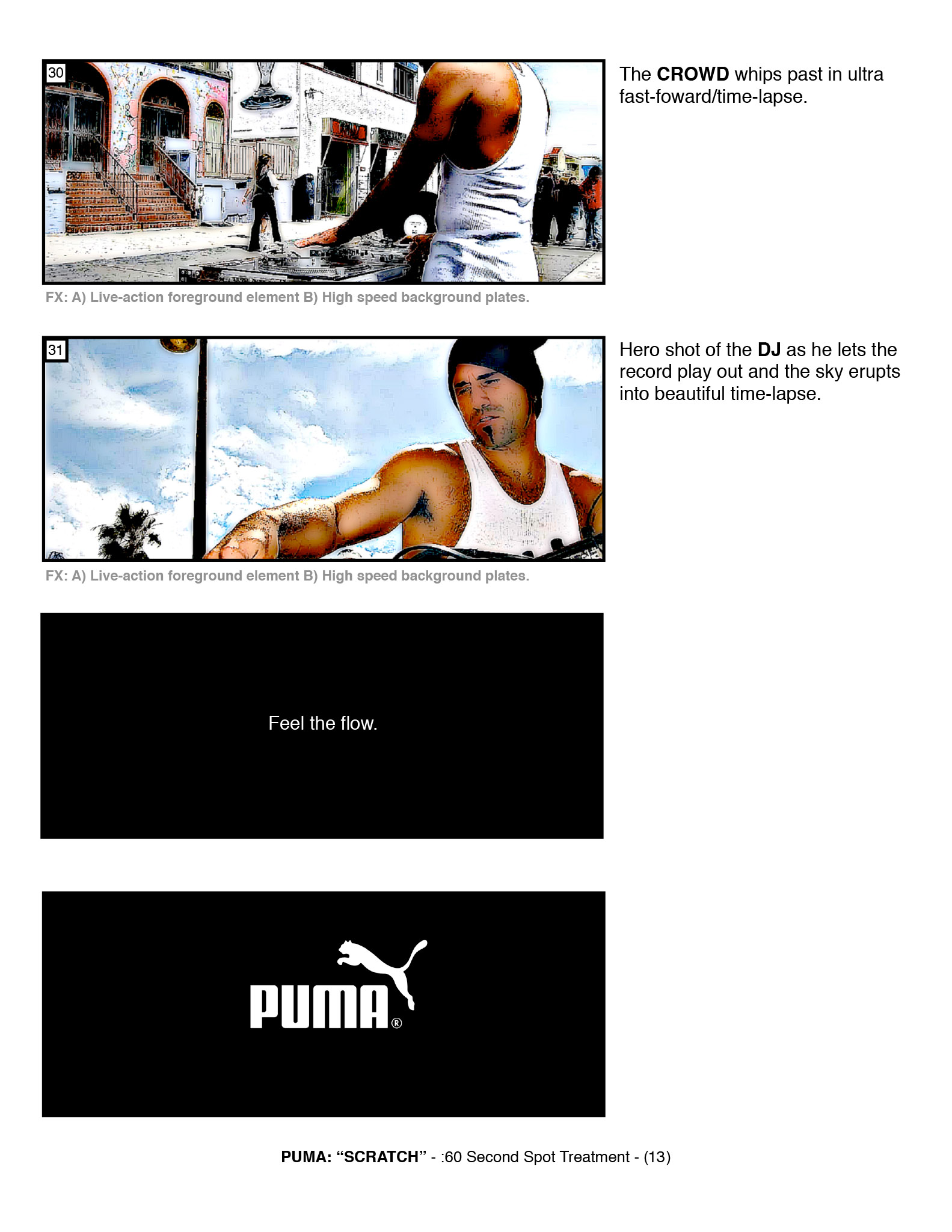 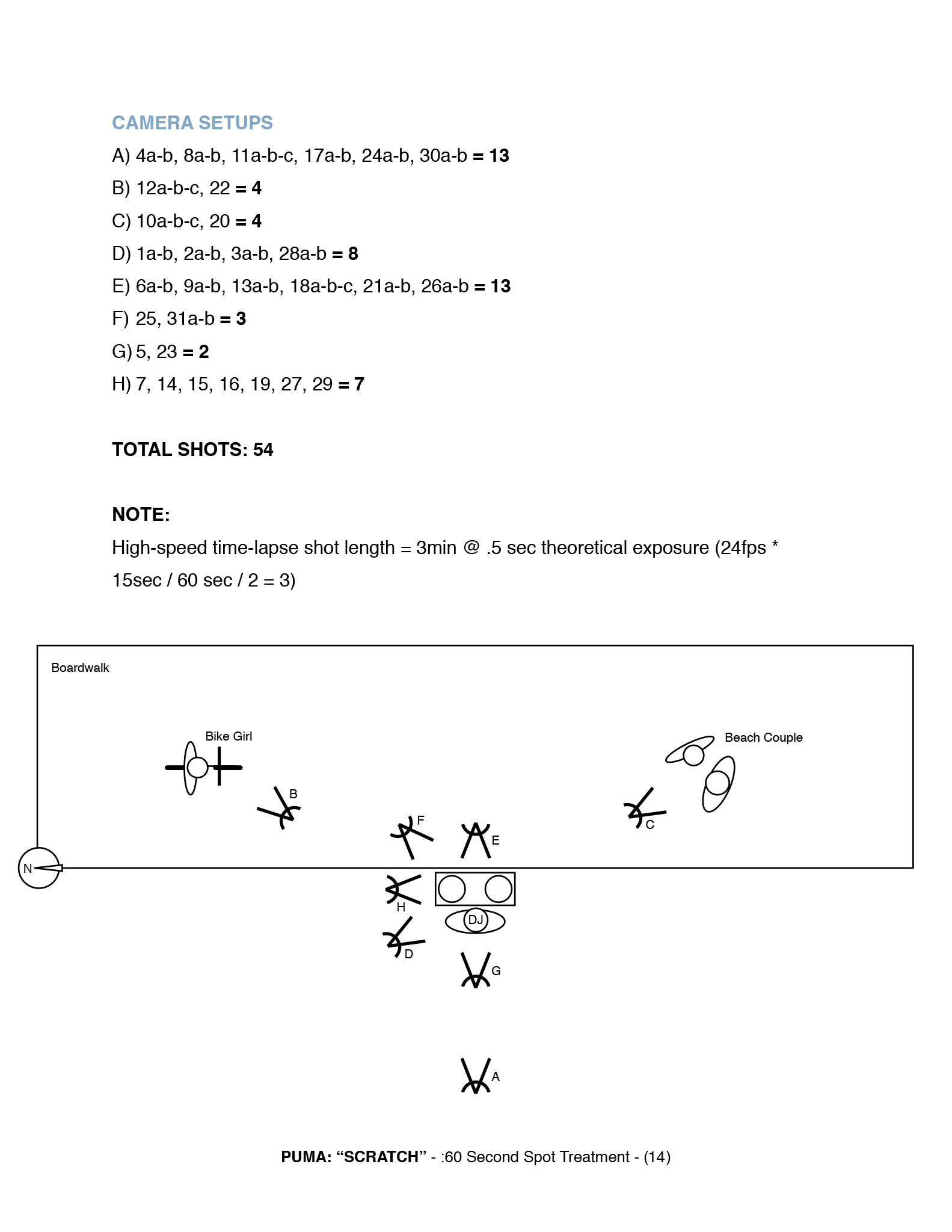 Filmed in Venice Beach, California with 100 extras on an insane shooting schedule (57 VFX shots in 10 hours). It was necessary to have a meticulous plan in order to meet the technical needs of the script and also make the tight schedule. Reynier met with DJ Hymn during preproduction and shot hundreds of photos to get ideas for angles, which he then turned into storyboards.

The storyboards were used during pre-production with key crew members to plan the schedule and Visual Effects shots.

VFX are often known for moving at a snails pace, so it was a rush to take on so many eye-candy VFX shots in such a short time. Couldn’t have done it without the support of an amazing crew!

VFX by: Reynier Molenaar aka Pixelmutt

PUMA – Scratch: Behind The Scenes Photos 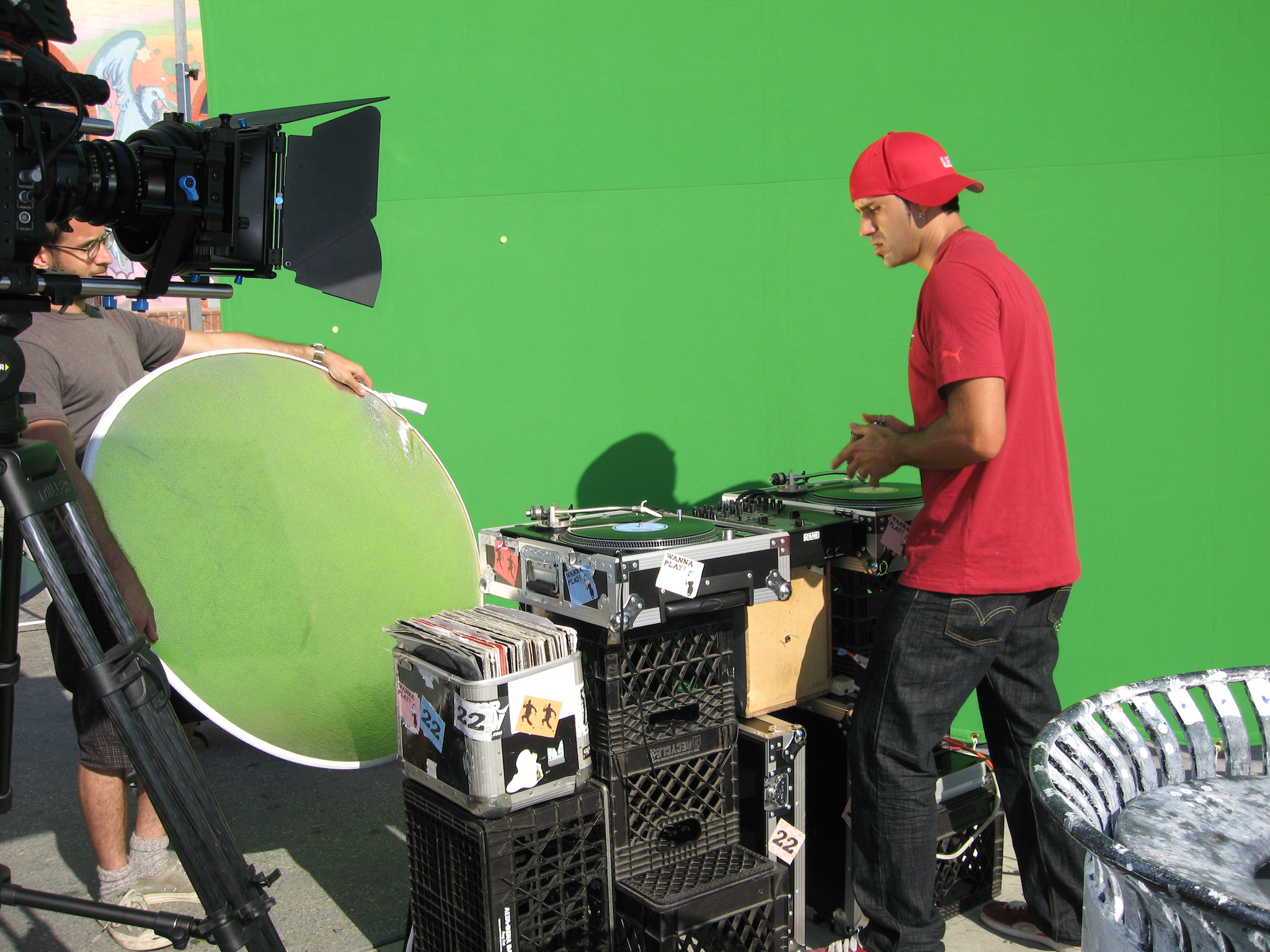 Behind the scenes for Reynier Molenaar’s music-driven spot, PUMA SCRATCH. Shot with the Red One on location in Venice Beach, California. We wrangled 100 extras around an insane shooting schedule (57 VFX shots in 10 hours). Couldn’t have done it without lots of prep and the support an AMAZING crew! Puma Scratch follows a Venice Beach DJ who discovers his music can control time. Watch the full spot here. Brand: Puma Title: Scratch Directed by: Reynier Molenaar Production Company: Nascent … 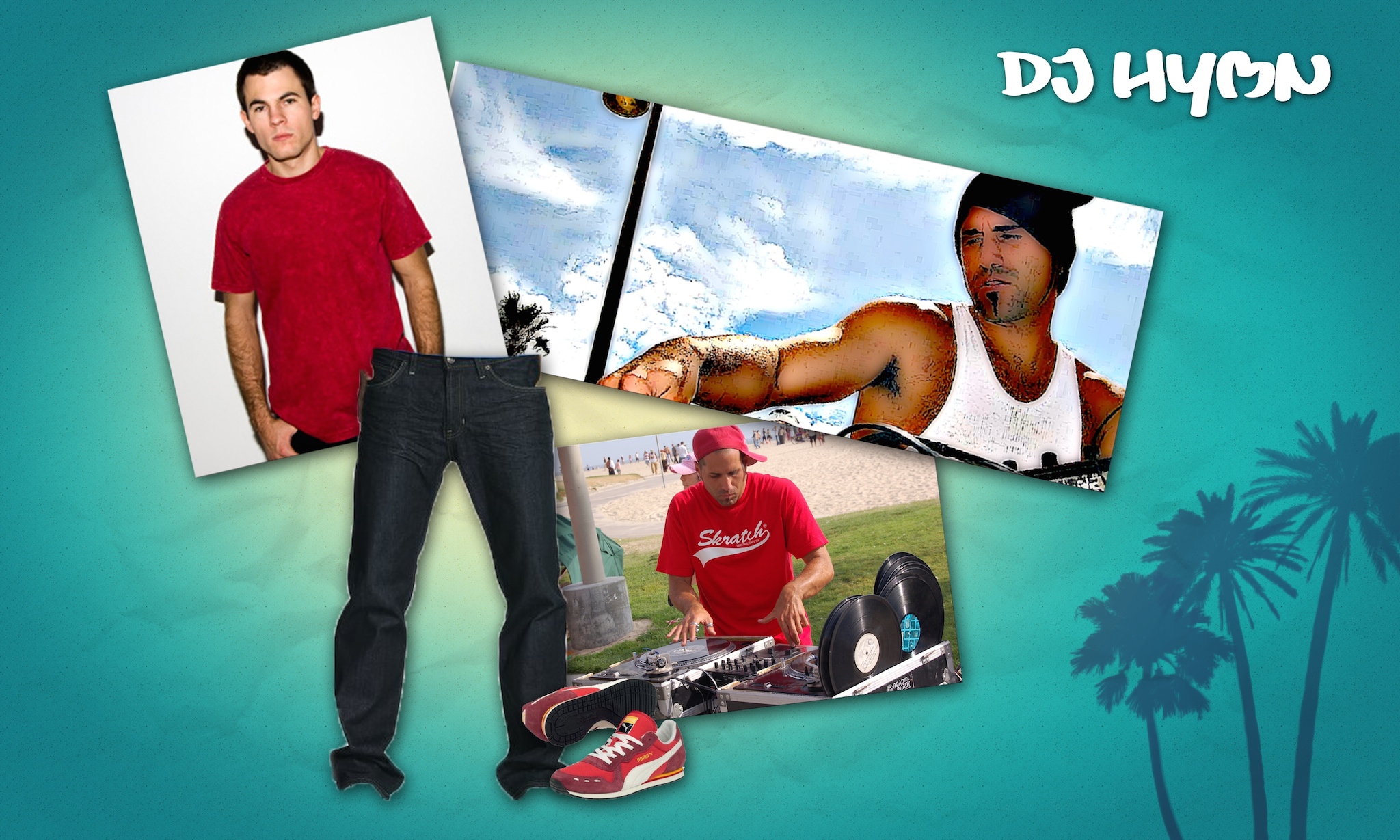 PUMA SCRATCH follows a Dogtown DJ who discovers his music can control time. Production Design and Key Art from Reynier Molenaar’s music-driven spot, set in Venice Beach, California. Reynier’s visual stylesheets were used to unify the wardrobe and props used by a hundred extras in the spot. Other designs were used to bling out DJ Hymn’s turn-tables, which are usually plastered with all kinds of badass stickers in real life. To avoid copyright conflict, we took all the stickers off and …